I’m back on track. Promise. The eleventh (Fons Hickmann, from Berlin) and twelfth (Jewboy Corporation, from Tel Aviv) artists in the book had a few things in common, so I did one picture to cover both. One of the Fons Hickmann posters had jumped out at me when I first flipped through the book because it was a large, simple female torso with pubic hair escaping a pair of panties – and the pubes are the actual informational text of a poster. Now I finally got to find out what band or artist chose to market itself this way, right? It was a church rummage sale. Germany and the US are very different places. Jewboy Co. also made a lot of shocking choices, like referencing the Challenger explosion on a poster for a fireworks show. Courting that sort of attention is so far outside my comfort zone, and I’m really glad that it worked out where I didn’t have to face it twice in a row!

Visually, I took more clues from Jewboy Corporation than Fons Hickmann, as they had a more consistent aesthetic. They used a lot of pastels, which you don’t really see much in posters. I took the idea of a silhouette filled with a rainbow gradient directly from one of their posters. They use a lot of scribbly drawings as well, that I was able to replicate very well with Illustrator’s Image Trace feature. The actual posters overlap images to the point where I literally couldn’t figure out what was going on half the time. I still couldn’t bring myself to do that. Is that weird?

For my own attempt at inappropriate imagery, I made a book cover for when this blog’s super-fan Dr. Bartholomew puts out her memoirs. (This is all on spec. She’s not even in talks with publishers yet.) 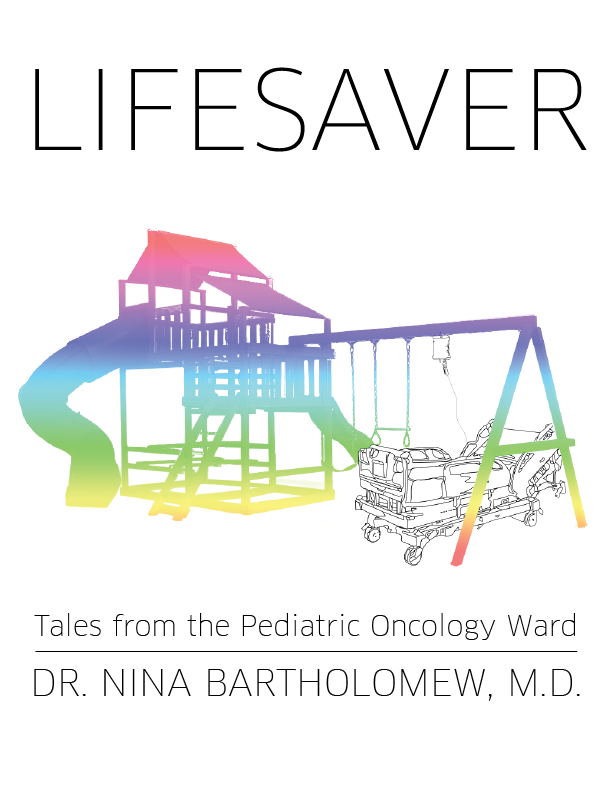 And that brings me to today. The artist is Andrew Lewis from Vancouver Island, Canada. Nothing really jumped out at me about the style. I think I was put off by seeing something he did for Starbucks; it somehow managed to make everything on the page feel trite and dated. I guess that’s the power of branding.

Several of the posters, including the Sbux one linked above, were described as having used a scratchboard technique. They didn’t look like what I picture for scratchboard, but it got me wondering if that was something I could try to replicate digitally.

In case you’re not familiar with scratchboard – or scraperboard, you start with a thin layer of white clay covered in black ink, then scrape away at the ink to make the white space of the drawing. You may have done something similar as a child by covering a page with a thick layer of colorful crayon and then covering that with black.

It seems so fundamentally tied to the constraints of the medium that making this kind of art digitally feels disingenuous. There are, however, tutorials on doing this, and the point of this project is for me  to branch out and try new things. So let’s give it a go.