A pretty good selection this week, all told. I’ll add a bunch to the mauxbs.com Spotify playlist. Apologies in advance for 99.9% of these reviews being the same rant about bands trying to sound retro. I haven’t given the Spotify algorithm a lot to work with beyond favoriting a lot of older artists when I first set up my account. As I keep listening to new songs and upvoting what I like, I’m hoping to get less to complain about and more to praise. Also, this is meant to be a drawing blog first and foremost, so I’m going to make an effort to draw the album art for some of these and post it to my Instagram over the next few days.

Ooh, I like this. Good groove. I’m actually listening to this playlist on shuffle, and this came up after one of the nostalgia acts. That’s making me appreciate it even more.

Good, but not great. Nothing about this song is standing out for me. I’ve heard good things about this band. It sounds kind of early 1990s indie to me.

This was a single made for Adult Swim and I don’t get any of the specific references, but I get the general point and I like the song a lot.

Chinatown Slalom – Where U At?

Hey! This is — oh, whew! It was just a sample. Unfortunately, when I went to look up that opening sample (Patti LaBelle), I saw the band’s various publicity photos and video thumbnails and they’re making me like the song less. I’m going to have to come back and listen with fresh ears.

This is a nice, solid, soulful ballad. It’s slow, but it doesn’t drag.

Sun Kil Moon – This Is Not Possible

I really tried to like this. When I first started to notice that he had forgotten to turn his notes into lyrics, I reached for the hide button, but I was enjoying the music and gave it another minute or so. But eventually, I had to hit that button. [Hide]

This artist is doing what Sun Kil Moon didn’t do. It’s rambly stream of consciousness, but they went that extra step and made it into a song. I like this.

There’s definitely some retro going on here, but not enough to bother me. I can see this one going on the exercise playlist.

My brain recognizes a lot of Girl From Ipanema vibes here, but it’s otherwise a totally different song. Quick and fun.

This song doesn’t sound at all like Superfly. That said, parts of it sound a lot like Superfly. It’s good, but it feels like my brain doesn’t have a place to put it. It’s an oddly medium tempo. I’ll probably decide to like it after a few more listens.

I can’t decide if this is delightful or obnoxious. I feel like I should be jumping double-dutch. (J/K! I was never coordinated enough for double-dutch.) 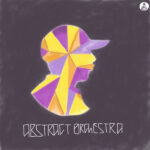 This is good. Kind of abstract and cinematic.

Turns out, I don’t start paying attention to a song until the words kick in. My bad. This is instrumental. It’s kind of repeating acoustic pattern. Very pleasant.

Cate le Bon – Home To You

I like her voice a lot. It’s very theatrical, but then the music is very poppy. I should check out more of her songs.

This is the point where I added the apology for ranting about retro bands. [Hide]

Nice voice, simple without being dull. I like this.

This is not at all what I was expecting from an artist optimizing their name for sort order. The music has a cool, late night jazz vibe and the singing is very … sincere, for lack of a better word. And they work together so well.

When I saw the title, I was prepared to have to engage with this song on a political level. I was not prepared to think that a small child had suddenly pranked my voicemail. Maybe the later parts of this song have more to say, but I couldn’t get to the [Hide] button fast enough.

Emile Mosseri, Daniel Herskedal, Joe Talbot – San Francisco (Be Sure to Wear Flowers in Your Hair)

I knew going in that this was an old song, and I did frown a little when I saw it included. It’s not a song I particularly like. This take on it is quite good though. The old version was very hippy-dippy, as was SF at the time. Maybe this is an update that reflects how the city has changed?

Instrumental jazz? Not what I asked for, but I’ll take it. This is good. [Checks phone to make sure it’s not eleventeen minutes long. Nope, 3:51] Yeah, I like this.

This is good, with some good lines (e.g. “My son’s gonna feel free to be as weird as a white guy”), although it is a little slow.

Courtney Barnett – Just For You

I don’t not like this song. It’s just too slow for me. This track is from a tribute album to Kev Carmody, an Australian singer-songwriter that I’m not familiar with.

I like this. I went in with some high expectations after having to find the track online so I could paste the song name in! I’d be very curious what genre this band chose when they submitted the song. World-Jazz-Hip Hop? The album art has math on it, but I don’t know if it’s significant or just some generic meme math. If I listen to the whole album, which I plan to do, maybe I’ll look into it.

This is good, nice high energy. Didn’t do much for me on first listen, but I got more out of it second time through. It doesn’t do me much good to just listen through once and give an opinion. It’s easy to know right away when I don’t like something. It’s a lot harder for me to like something right away.

This is another one that I dismissed on first listen, but I like it.

Did you seriously need to put all of that information in the song title? I hope you’re enjoying the SEO you get from it, because it makes me not want to listen to the song. [hide]

Spoon – Who Makes Your Money

This is good. It took more than one listen for me to get into it. On the first pass, I was distracted by the recollection of a friend who went to the Spoon Convention. WS and I made jokes about it being an actual spoon convention. The kind of joke that turns slightly competitive. You know the kind. Did you visit the Ladle Pavillion? Were there spork protesters outside who hadn’t been allowed in? Good times.

The Beta Band – She’s the One (Remaster)

This reminds me of something. Oh. Never mind. It reminds me of the one song I know from The Beta Band. This is a remaster of a song off the same 1998 album. It’s also eight minutes long. Which, again, some people like that sort of thing, but I like a short song.

Another cool song that my brain doesn’t know how to file.

The Bricks – Give Me Your Love

Very, very 70’s R&B. I mean, very. I had to check that this was a new song. Would I like it if was an older song that I just hadn’t heard? It’s very enjoyable. Why should it make a difference? I guess it’s  because I know our brains are primed to like things that are familiar. So I don’t trust my response to these fake retro songs.