FYI: I’ve started a Spotify playlist for songs I mention on the blog, in the hopes of motivating myself to do this more.

Ok. This isn’t a new song. I’ve heard this before. (Just checked. It’s from this time last year.) This drives me crazy about the Release Radar playlist. I’m here to expand my horizons, not to hear the live version of an album I already know very well. I guess this is the demo version of the song that came out last August. Meaning, presumably, it’s even older than that. That said, I do like the song. It has a 1970’s feel and a positive message. (Yeah, I’m complaining about not getting new music and then liking that a song sounds old.)

This is nice and chill. It doesn’t really have a structure the way WS is always talking about. It feels more like a patten repeat than an image, to make a visual metaphor. Not mad at it though. Is Khalid the artist they were talking about on Never Not Funny that gets on songs without doing anything? He’s singing on this track, so that wouldn’t make sense. (Update: NNF were talking about DJ Khaled.) [Heart]

Sigh. Whenever I would be in a bar with WS and The Killers came on, he’d point up and tell me. Some kind of repeated inside joke. (WS: If you remember where that comes from, put it in the comments.) Anyway, that makes me nostalgic for when you could just go to a bar. The song itself… meh. It feels like they’re trying to sound retro. Like a little Bruce Springsteeny? Which, didn’t the Strokes already do that?

Somebody doesn’t use CD Baby to release his music! (They don’t let you name your song in all caps. #funfact #recordingartistwife) This is a nice burst of energy after those last three tracks. [Heart]

Guided by Voices – Thank You Jane

I was just about to complain about another retro sounding track, but it actually just sounds like Guided By Voices. I didn’t think they were still a band, but apparently they are back again and this is a current song. Didn’t care for the abrupt ending though. Too much like having problems with my phone.

Nice mix of the sort of twee indie singing that I like with a kind of weird distorted beats behind it. Uh oh. The sound of children playing in the background. That might be a deal breaker. It’s pretty small doses, so I think it’s okay.

Hello! Rapping in a language I don’t speak? Sign me up! (That sounds sarcastic, but it’s not.) Is this …Russian? There are so many artists credited on this track that my phone keeps scrolling it and I can’t write it down. One demerit for that. Form a band already, guys! I suspect that this has something to do with Spotify royalties? Or play counts or something. Either way, it’s taken me out of the song, which I was actually enjoying. Also, I just realized this song is still playing. Most of these last few have been around the three minute mark, which is my preferred song length. This one is over ten minutes. Noooooope. [Hide]

PJ Harvey – To Bring You My Love – Demo

Another demo? I don’t want demos, Spotify. I don’t want live versions or covers or demos! I’ll reluctantly accept remasters, but only because I see the work that WS does on those and I realize it’s kind of a new song. Yeah, this is from 1995. PJH is listed under the artists I like, but I don’t know her catalog that well. If I did, then maybe it would be a fun treat for me to hear this version of a song I know so well. Instead, I’m just getting someone’s rough draft. I’m enjoying it. And I’ll probably listen to the studio version later today. One point for the algorithm, I guess.

Chong the Nomad – On Fire

I like this. It has a lot of crazy bleeps and bloops and right/left headphone stuff going on, but it still feels pretty simple. On the downside, the breathy Prince-inspired vocals feel like they should be a side dish and not a main course. But it was a short song and ended just as I was starting to be ready for it to end.

Had to hide this one. I’ve heard enough Phillip Glass to last me a lifetime and I’m not going to allow it here. [Hide]

Haven’t heard good ol’ Moby in a while. It’s six minutes and I don’t know how old of a song this is originally, but I’ll allow it. I’ll make time for Moby.

Well, this definitely sounds retro. For good reason though. This is a band from the 1990s that WS was involved with. In fact, WS’s Aquariphone label released it to Spotify. He doesn’t play on this album though. It’s a good song. Catchy. Still sounds too much like other bands though. (Crowded House and… who? Squeeze?) I’m sure they would have found their own sound if they had lasted longer. [Heart]

More all caps and another different version of an existing song. Not a demo though and I’m woefully under exposed to Beyoncé, so I’m fine with this. I like that Beyonce songs all feel built to dance to. Whatever cool production stuff gets added it, you can bop along and never feel like the rug is going to be pulled out from under you.

I generally like this sort of stripped down, David Lynchy, ukulele sound, but it’s hard to feel like you need another one.

Pleasant, but a bit forgettable. And knowing what kind of crisp sound we’re capable of in 2020, lo-fi just feels a bit like embarrassing sponge-painted faux finish home decor.

Is this Tricky without Tricky? Like Garfield without Garfield?

Elvis Costello – We Are All Cowards Now

It’s …good. Sounds new while still sounding very Elvis Costello, which is impressive after all this time. But nothing about it jumps out. I feel like all of his best songs have one part that’s, like, the good part. And this just didn’t have that.

I don’t know how you discover new hip hop artists, but I learned of Tinie Tempah when he was painted on Portrait Artist of the Year 2020. Yes, I am a nerd. Good song, but nothing about it jumped out while I was sharing that bit of info.

The Mountain Goats – As Many Candles As Possible

They used to be one of my favorite bands, and then I met other fans. The fans weren’t gatekeepers, but they’re just so very, very, very into the band that I found myself doubting whether or not I was a fan. And, since then, I just haven’t listened to them as much. Weird, right? This track was ok. I’ll have to listen again to form an opinion.

This isn’t country, but something about it sounds a little country to me. I tried to get past that and… there wasn’t much left. [Hide]

Dance music is all about context. How can I opine on it while I’m sitting at my desk? This is a problem I have with Spotify. What I like to sit and listen to is very different from what I exercise to or what I listen to in other situations. When I first started using Spotify, I was looking for “Focus” music. So the algorithm assumed that’s what I like. Um, no. In 2019, I listened to a lot of Big Finish Audios while I was working. I got one of those end-of-year things they do and it was all about how my favorite artist was Doctor Who. Oh, anyway, that Robyn song was probably pretty good, but I wasn’t really listening.

Betty LaVette – Blues For The Weepers

I’m skipping this one. I don’t like the blues. Too many associations with terrible 80’s and 90’s movies have ruined it for me. I can certainly appreciate it as a historical and cultural phenomenon, but I can’t engage with it as anything other than a tourist eating a gumbo quesadilla at Buddy Guy’s Legends. [Hide]

Slow start. Kinda wish I could put this on 1.5x. Feels like it’s going to kick in any minute, but I’m starting to think it’s not. [Hide] 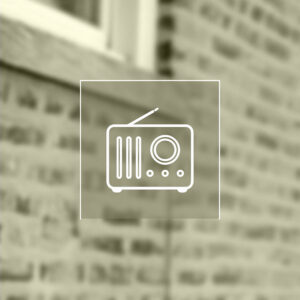 Ooooooh, who’s this now??? Seriously, I was not expecting a WS song after hearing the Spot and Billy. Our Aquariphone label released both tracks and I assumed the dates were staggered.

Obviously my opinion is biased, but William Steffey is so good. This song is off the Atypical album that he’s putting out single-by-single. Atypical, not ATYPICAL, thanks to CD Baby. (By the way, did you know you can pre-save the tracks on Atypical to win a prize?) These were songs originally recorded in the 1990’s that he’s gone back and remastered for modern ears. I have a tendency to dismiss this as one of WS’s Peter Murphy songs, and it is certainly of its time, but it really has a lot going on. After the last track, I appreciate the energy too. [Heart]

My friends speak well of FJM, and it’s the kind of thing I should like, but I’m not sure I’ve ever actually enjoyed one of his songs. [Hide]

Oh, how exciting. Some new stuff from – oh wait, he’s been dead for several years. This is not new music and, if I want to hear Rebel Rebel, I want to hear it recorded in a studio. Recorded live music is not the same as live music. [Hide]

I wish I hadn’t seen the album art. It’s a cartoon baby and kind of put me off. My phone is face-down and I’m trying to judge the song on its own merits. It’s ok. I might like it on a second listen.

Wow. This started almost à capella. That didn’t last. Still pretty stripped down though. I like it.

This feels like it’s going for that Jim Croce sound. Just in the singing style though. The music is pretty contemporary. Overall, I like it.

This feels pretty simplistic. Kinda phoned in. I can’t imagine this song getting playlisted if SS wasn’t an established artist. (Oof. Seeing all of this Spotify stuff from WS’s side has made me so cynical.) [Hide]

Well, that’s my Release Radar for the week! 30 songs. I hid eight and hearted four. Two of which were WS releases that I already knew. Most importantly, I had a lot of fun doing this, and it was great practice writing. Do let me know if you agree or disagree with my picks or if there are some other tracks I should check out. My audio consumption tends to be almost all podcasts and very little music, so any excuse to listen to more music is probably good for my brain!