It’s not a good idea to look at LinkedIn first thing in the morning, but that’s what I did. My feed is a mix of friends from art school getting excited over the latest animation techniques, various companies I started following when I was trying to get jobs from them, and recruiters offering advice to those of us still trying desperately to land jobs. It makes for a challenging mix and it put me in a rough mood starting my poster work.

The artist for the day was Luba Lukova. I really like her work. Along with bold shapes and limited palettes, she makes visual puns, like a woman wearing a muzzle with the face of a man for The Taming of the Shrew, or a dove caged in the prosthetic leg of a veteran. For my poster, I already had it in my head to do something self-promotional. I thought about what two ideas I wanted to combine. Being unemployed for as long as I’ve been is very draining and disheartening and yet, every time I apply for a job, I have to project confidence and positivity. 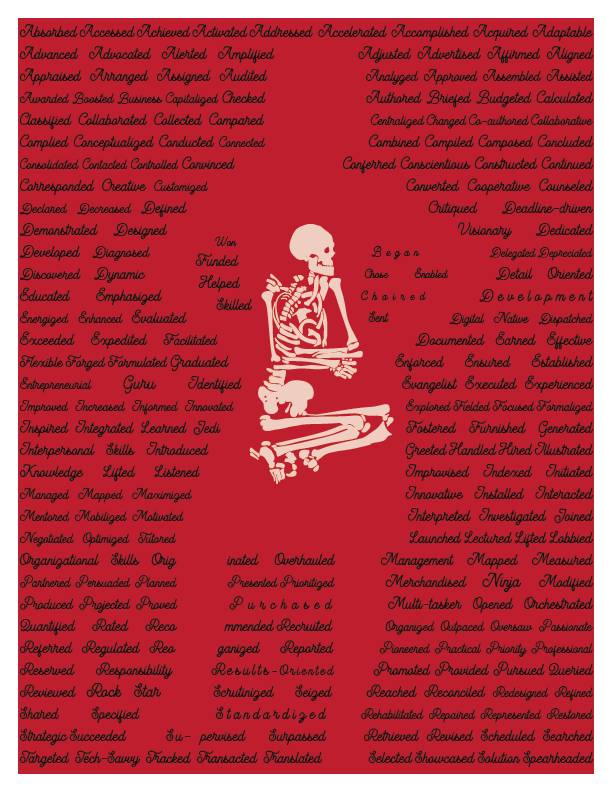 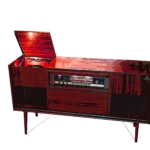 As of this post, I have an image ready, but not the whole poster. The day’s not over, but a nasty trip on the sidewalk has messed up my right pinky and slowed me down. We’ll see how it goes.

Hi, all. Last week, I started working through the book Relaunch You, by Catherine Morgan. I’m trying very hard to make my job search work and a big part of that is figuring out what I really want and focusing on it. I brainstormed on the first set of questions and, here, I’m going to flesh out my scribbled down notes. With some screen grabs from TinyKittensHQ thrown in for interest. 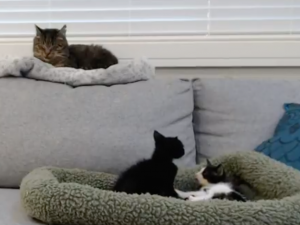 Question 1: What did you like doing in the past?

These questions are all tricky for me. When I’m doing things, I don’t tend to think about them. Every now and then, however, something will jump out at me. Like, I’ve noticed that I can spend a lot of time working on fussy little details, whether it’s cleaning up keyframes in an animation or reconciling data in an accounting spreadsheet. These are things that should be boring and tedious but, for me, they push the same buttons as playing solitaire or doing a sudoku. And I like those sort of puzzle games. (Cryptic crosswords are my favorite.)

I like making order from chaos. Arranging things into like groups; smoothing raw edges, that sort of thing. (And yet, somehow this doesn’t translate into a tidy apartment.)

I like visible results. I knit as a hobby and I love seeing a simple progression of stitches turn into a beautiful lace scarf. Or seeing some patches of graphite suddenly render a three dimensional form. (I also draw as a hobby.) I find it challenging to work on things like error-checking, where – unless you find problems – your work looks the same when you’re done as it did when you started. On a similar note, I like feedback. Maybe that reveals my insecurity, but I’m trying to include everything here. When I say feedback, I don’t even mean praise, so much as reassurance – being openly praised actually makes me uncomfortable.

My favorite kind of feedback is getting a laugh. I enjoy laughing, but making other people laugh is a thrill like nothing else. But it has to happen organically. I can’t be funny on demand.

I like to learn. The less relevant, the better. As I type this entry, I’m listening to a group of scholars discuss ancient Persia. My grades in college were okay for classes in my major, but excellent for all my electives.

I like coming up with ideas and making plans. There are half a dozen “ideas” lists in my Evernote files. Knitting ideas, data viz ideas, “million dollar” project ideas, and even ideas for books and movies – I’m not a writer. If anything, I have too many ideas. The plan is for that to be the next big blog post, actually. Take a closer look at some of my idea lists and see which would make a good coding project. 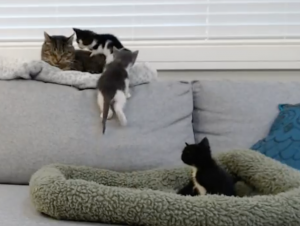 Question 2: What would you change?

What would I change? About what, book? My past jobs? My self? The world?

Something I definitely ran into in my actuarial jobs, and I see a lot of it in coding culture now, is people being very into the tools. I don’t know why this is such a barrier for me. In the past, I suspect it was because deep down I disliked being an actuary and wanted to minimize the amount of mental energy I gave to it. Now, I think it’s because it reminds me of the actuarial world and also because – let’s face it – it makes me feel stupid. There’s so much to learn and I try to join these Meetup groups and Slack chats to get more exposure, but I come away feeling like I’ll never know enough. And, I’ve started to realize, running down all those rabbit holes is keeping me from making actual progress. Now I just add them all to a list and I’ll learn them when I learn them.

Another thing I’d change from my old jobs is a tendency to have arbitrary and inconsistently applied rules. A great way to help favored employees succeed is to let them let them know which rules could be ignored. When less-favored employees eventually learned the shortcuts, they’d be punished for breaking the rules – pointing out that your peers were doing it too would only make you look childish. [The urge to delete this paragraph is so strong.]

One big thing I’m trying to change about myself is to be more willing to make mistakes. I have a tendency to hold back and wait for a “grownup” to tell me what to do. It ties in with that need for feedback I mentioned above. I hold back because I don’t trust myself not to break or ruin something. It wastes time and it makes me look like I don’t know what I’m doing. It’s why it’s taken me so long to learn to code. The language part is easy. The obstacle has been setting up the infrastructure; installing things and connecting things and all that tinkering under the hood, software-wise.

The biggest thing I’d change about the job market is the whole way we do salaries. The secretive, adversarial process that makes nobody happy. Why should you be paid based on how good you are at negotiating instead of how good you are at your actual job? Why is it taboo to talk about? I’m very glad that there are sites like Glassdoor that make that information public, but it’s only a start. 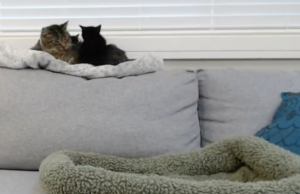 Question 3: What have you always wanted to try?

And the questions get harder and harder. I don’t have a lot of wants; I’ve always considered myself a fairly complacent person. [Says the woman who threw away over a dozen years of hard work to start her life over with no plan. I guess I save my discontent up for a grand gesture?]

I would like to work in a “cool” office, like the ones I see at some of these Meetups I go to. I’ve always liked offices. As a kid, I used to look through office supply catalogs and want a reason to use all of the stamps and hole punches and colorful hanging folders. I still get a kick out of having the right tool for the job. [Wait! Wasn’t I complaining half a page ago about the people who are too into the tools??? I contain multitudes.]

Aiming a little higher, I’d love to be an anonymous benefactor. But crazy stuff, like paying a crew to sneak out at night and fix potholes. And mundane things too. Buying a round of drinks for the whole bar. That’d be great. I guess that’s more of a “bucket list” item, which is the next question.

A realistic thing I’ve always wanted to try is creating educational content. That’s a thing I can do; I just have to pick a thing and focus. I’d like to tie this in with the coding and the data visualization, but I know that facts and data don’t always change minds. [Hmmm. Add that to my list of reservations about pursuing data science. Oh, did I not mention I have reservations? That’s part of why I’m doing this exercise.] 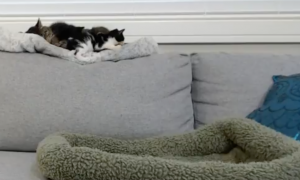 Question 4: What is on your bucket list that you’ve been meaning to do?

I’m not sure this isn’t the same question as the last one. (In the book, these four questions were in a paragraph. The numbering is mine.) As I mentioned way back in Q1, I have a lot of ideas saved in Evernote docs. And I plan to write more about them in the coming days. Those are my bucket lists. That, and buying a round of drinks for the whole bar. Maybe I’ll do that when all of this introspection leads me to a great new job. Cheers!